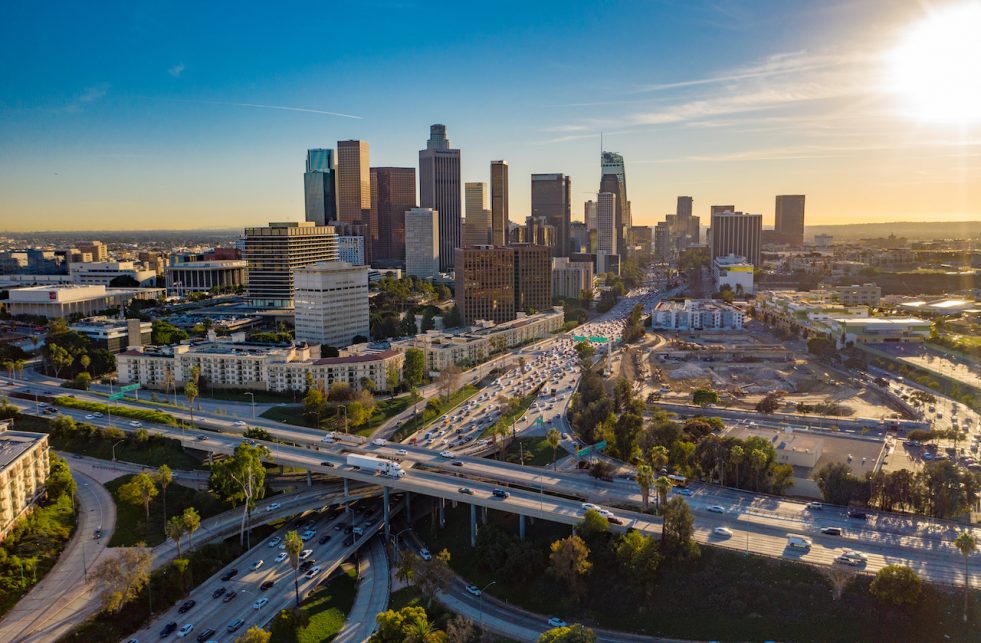 California’s drought-prone climate, diverse and decentralized landscape of urban water suppliers, and complex water system make it something of a laboratory for testing ways to manage water scarcity. The state’s urban water suppliers have become particularly adept at managing drought, and this sector has become a leader in water use efficiency, recycling, supply diversification, and integrated management.

But the 2012–16 drought revealed that California’s urban areas must continue innovating to ensure water systems are resilient to climate change. Unusually severe, this drought included the driest four-year stretch in 120 years of record keeping. Record-high temperatures and record-low precipitation reduced water stored in mountain snowpack and intensified drought conditions in other ways—making it more like droughts of the future that are expected to result from a changing climate. It pushed numerous native fish species to the brink of extinction, which disrupted water supply from some sources and raised conflict over water used to support habitat and species. It resulted in unusually large drops in groundwater levels in some regions. And it prompted the state to implement statewide rationing of urban water use—an unprecedented and controversial intervention with potentially wide ranging consequences for how future droughts may be managed.

The PPIC Water Policy Center reviewed how California’s urban water suppliers responded to this and other recent droughts and examined the state’s evolving role in urban drought management. We surveyed 173 urban water suppliers from across the state, and met with local suppliers and state water officials. The resulting report, Building Drought Resilience in California’s Cities and Suburbs, recommended actions to increase urban drought resilience. The lessons learned from this research have relevance for other urban areas facing drought.

Prolonged droughts can disrupt service, harm customers, and weaken utility finances, and few water suppliers come through the worst droughts unaffected. But most of California’s urban suppliers were better prepared this time due to preparations made during earlier droughts—including investing heavily to diversify supplies with new surface and underground storage, interconnections with neighboring suppliers, recycled wastewater, and water trading agreements, as well as freeing up supplies by reducing indoor water use (see Figure 1).

Figure 1: Local suppliers implemented a variety of reliability strategies before the drought.

In past droughts, mandatory rationing decisions were made by local authorities while the state focused on supporting better local drought planning and greater water system flexibility, such as through water trading. But in 2015, the state; concerned that urban water suppliers were not prepared to weather a more prolonged drought, imposed a conservation mandate to reduce water use by an average of 25 percent. By some measures, the mandate was a great success. Californians cut water use by 24 percent from June 2015 to February 2016, compared to the same months in 2013; more than double the savings achieved under a voluntary program in 2014. And the urban economy remained robust, growing faster than the national average.

But the state conservation mandate was a blunt instrument. Respondents to our survey of water suppliers noted that it limited the usefulness of strategies such as trading and drought reserves because it required water suppliers to reduce consumption even if they could augment their supply. The following comments from survey respondents reflect these concerns:

“Our city had invested $10 million in water banking facilities for the specific purpose of providing water during a drought. However, under the state’s mandate, any water used from the banking facilities would have been counted as ‘consumption’…. Since we were mandated to reduce consumption, we could not take advantage of the supplies in which we had previously invested.”

“The state conservation target did not encourage agencies to use supplies specifically developed for drought. There was no benefit, and in fact, there was a disincentive to using banked groundwater supplies and facilities that had been invested in specifically for drought situations.”

In our view, the mandate also reflected a lack of awareness of most urban suppliers’ willingness and ability to make further cuts in water use where and when they were needed. As we documented in our report, most urban water suppliers were implementing their drought contingency plans in 2014 and were on track to achieve the demand reductions called for in those plans. For the most part, the level of demand reduction varied in direct proportion to the severity of regional supply conditions, indicating that cuts in water use were being made where they were most needed. But this information was not filtering up to the state, which was basing its assumptions primarily on highly aggregated data and summary statistics that did not reflect what was actually occurring on the ground. As a result, the mandate generated discord between the state and local water suppliers. And it muddied the waters in terms of state and local roles and responsibilities going forward. If these issues remain unaddressed, it could undermine effective planning and response to future droughts.

In response to local suppliers’ concerns and following somewhat better rains in early 2016, the state authorized utilities to opt out of the state mandate by “self-certifying” that they had adequate supplies to weather at least three more years of drought without mandatory rationing. Eighty-three percent of suppliers chose this option. This change, too, was controversial. Conservation advocates raised concerns that switching back to local control would undermine the water savings achieved under the state mandate. Water suppliers, meanwhile, emphasized that while they are committed to the state’s long-term conservation goals, some easing of restrictions was appropriate in communities with adequate supplies.

We find that two key factors are important for improving urban drought preparation and response. They point to a strategy to better manage water, and not just during drought.

Second, there are two components to drought resilience strategies: developing water supply reserves and managing short-term demands. California’s urban sector had invested vast sums to diversify supply and storage since the last major drought in the late 1980s and early 1990s. But the state mandate focused exclusively on managing demand, essentially ignoring the difference these investments made to local supply conditions.

As a result, most water suppliers surveyed for this study said the rationing requirement was excessive given their water supply conditions at the time. Communities were required to cut use even if they had invested in supplies specifically developed for drought situations, such as banked groundwater. Managers noted that uncertainty about future state policy could discourage such investments, which are a pillar of drought preparedness funded principally by local ratepayers.

Coordinated approaches are preferred for building urban drought resilience. Over the long term, a “trust but verify” policy can be more effective than the “better safe than sorry” approach of the mandate because the former encourages local suppliers to continue investing in diversified supplies. A good model is the stress-test approach the state adopted toward the end of the drought, which allowed local utilities to drop mandated conservation if they could demonstrate that they had drought-resilient supplies to last three more years. Had this system been in place at the start of the drought it is unlikely the state would have adopted the conservation mandate. Instead, it could have directed resources and technical assistance to those urban suppliers that were facing especially challenging supply risks.

In the wake of the drought, the state has adopted measures to improve information sharing, including a system for urban suppliers to provide regular updates on their supply situations. To encourage all agencies to prepare for more extreme droughts, urban water management planning documents must now address how suppliers would manage longer droughts.

Other lessons learned that can apply to other regions seeking to managing water shortages include:

Urban utilities should seek to build cost-effective supply portfolios that are robust to prolonged droughts, including being able to store water for dry times, develop drought-resilient supplies (for example, recycled water), and interconnect with neighboring utilities to create supply redundancies and pathways for delivery of emergency water.  Cooperative regional approaches can enable joint investments and the ability to more easily coordinate responses as a drought unfolds. Regional water sharing agreements also increase flexibility to respond to droughts in ways that lessen the costs of shortages. Although urban water suppliers have the primary responsibility for planning and funding supply portfolios, states often have key regulatory roles that help define what is possible. Removing barriers to water trading and non-traditional supplies can help urban water suppliers weather shortages. Urban agencies in farming regions can also do more to enable recharge of underground basins, for example, by partnering with nearby agricultural districts or water banks.

Fiscal vulnerability of water suppliers was widespread in California’s latest drought, causing more than 60 percent of all suppliers to experience declines in their net financial positions. For those in the business of selling water, the drop in water use during drought can bring financial strains, and rates often have to adjust to cover fixed costs. We recommend that as soon as a utility knows it will have to ask customers for drought savings, it should inform them about how that could affect rates. Some communities found that drought surcharges worked well. The key is to have a plan, communicate in advance, and engage the public in understanding the issue of balancing revenues and costs.

In California, a large fraction of drought reserves in urban areas comes from water applied to landscapes during normal hydrologic conditions. During droughts, this water can be repurposed to more essential uses and help mitigate economic losses. Policies focused on squeezing water out of urban landscapes may worsen drought resilience unless accompanied by storage or exchange arrangements so that the water can be called upon when drought strikes. If instead water savings are simply used to support future growth, drought resilience will suffer. As water managers look to make long-term gains in water use efficiency, they must recognize that reducing water used by urban landscapes will make it harder to cut water use quickly during future droughts. Utilities can address these trade-offs by explicitly considering them in their drought planning; for instance, by allocating some long-term savings to a reliability reserve. States can help by developing model shortage contingency plans or cases studies under different mixes of urban water use, and update planning guidelines to address the implications of demand hardening on drought response. Long term, making supply resilience a way of life must go hand in hand with making conservation a way of life.

Droughts test water management systems and expose their weaknesses, and are significant events for urban water suppliers and the communities they serve. Even for states that are less drought-prone than California, these kinds of strategies and policy approaches can help urban areas prepare for a future with a warmer, more volatile climate.