Skip to content
Minnesota’s community solar program hit 699 megawatts in June 2020, enough to power more than 100,000 homes each year or about half as much capacity as a typical nuclear power plant!… Read More

Minnesota’s community solar program hit 688 megawatts in May 2020, enough to power more than 100,000 homes each year or about half as much capacity as a typical nuclear power plant!… Read More

On this episode, ILSR’s Brenda Platt dialogues with Michael Bradlee, President of Earth Appliance Organics in Providence, Rhode Island, to discuss how one community composter is continuing to collect and compost food scraps with new safety protocols in place.… Read More 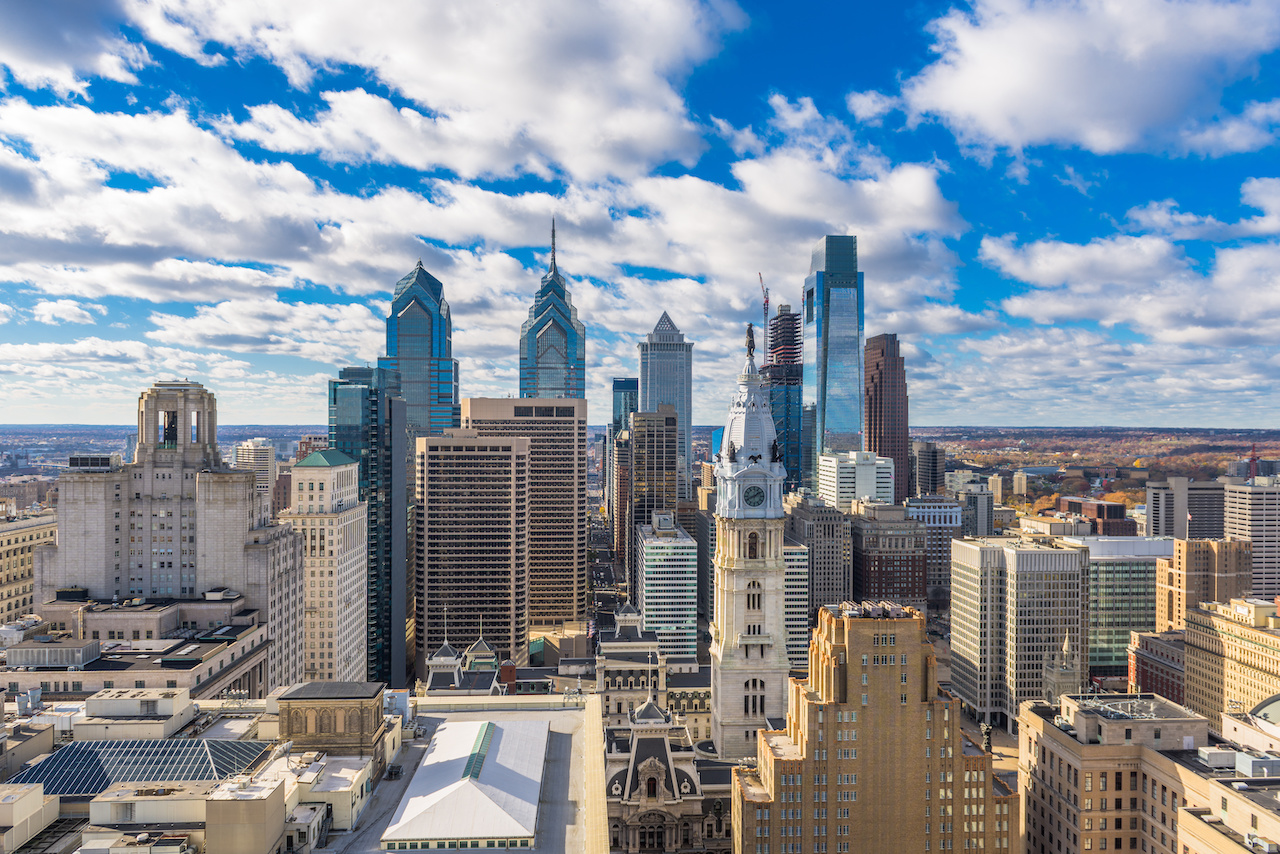 Though public life has been put on pause by the COVID-19 pandemic, the recovery period is predicted to bring a sequence of phases returning us gradually into public spaces with varying levels of social distancing as Coronavirus cases decline. The way to recovery is through collaboration; across sectors, across stakeholders, and across equity gaps. We believe that the careful engagement of all voices, in a collaborative, thoughtful way is critical when forming solutions to the challenges we are facing and to moving forward with confidence and trust.
We hope to provide a framework for addressing the challenges that will come with building back our necessary social infrastructure, by and for the community. From our perspectives as an urban anthropologist at THINK.urban and as a director of stakeholder engagement firm Connect the Dots, we see the following key points as a good place to start.

Minnesota’s community solar program hit 680 megawatts in April 2020, enough to power more than 100,000 homes each year or about half as much capacity as a typical nuclear power plant!… Read More

The clapping starts at 8 p.m. every evening. Across the world now, from São Paulo to Amsterdam, residents of cities confined to their homes by anti-coronavirus self-isolation measures are assembling on balconies, at windows and in doorways to applaud the emergency service providers helping Covid-19 sufferers. Darkened streets that have most of the day been vacant and silent — emptied out by social distancing and lockdowns — alight with the glow from open drapes and fill with the sound of neighbors united in a common sound, if from a distance.

Now it’s #France‘s turn to turn out and show their appreciation for the health workers in the front line of the fight against the #coronavirus. #Paris, this evening at 8:00 pm. #confinementjour2 #OnApplaudit pic.twitter.com/cjbiPsk4ef

The health workers receiving the ovation deserve the appreciation — but the nightly applause isn’t just for them. It’s also a way for residents shut indoors to remind themselves that, just outside their doors, there is a whole community of people in the same situation. Many of those neighbors are ready to help out if they can.

The way people band together in response to disasters is a key factor in a community’s ability to recover. As resilience guru Michael Berkowitz told CityLab recently in defining urban resilience: “It includes good infrastructure that promotes mobility and sustainable transportation. It’s also cohesive communities where neighbors check in on neighbors.”

Weaving this kind of community safety net becomes even more challenging when the disaster involves mandated isolation from one another. But already, even in a crisis which for many is still best measured in weeks rather than months, communities are using agility and creativity to adapt community initiatives to a touch-free world.

On a larger scale, these efforts take the form of organized volunteer networks and mutual-aid groups that are mobilizing neighbors to help each other out with simple tasks that social isolation has made difficult, such as picking up medications, walking dogs, or just calling for a chat. Zoom out and you can see impressive systems forming, such as France’s 40,000-member volunteer website En Premiere Ligne (“In the Line of Fire”) or the more than 1,500 local mutual aid groups that have sprung up across the U.K.

But social solidarity doesn’t just take place on a national scale. It’s the sum of countless gestures that keep communities up and running, many of them small and homespun.

“It started as a joke,” Copenhagener Eszter Igaz says via email of her 15-home apartment building’s toilet paper pool. “The news reported shoppers hoarding toilet paper, so my boyfriend put a few rolls (unused!) on top of the post boxes at our building entrance, with a message saying ‘for the needy that deserve it.’” The first response from neighbors, already locked down for more than 15 days, was approving laughter. Since then, she says, there’s been some real exchange going on, with people stocking up the communal pile of rolls when they have some to spare, while others take them if they don’t want to leave the building and are running low. The residents have now expanded the scope of the exchange, passing an Xbox from home to home after a good wipe-down with hand sanitizer.

This kind of sharing — as much about morale as assistance — is happening on a street-by-street level too. In Berlin, neighbors have turned local fences into sharing centers where people hang items such as clothes and food in front of their homes for other people who might need them. The fences have also been used as message boards for homeless people, communicating which open shelters are thoroughly cleaned daily and have enough space to practice social distancing.

In Taos, New Mexico, community groups have adapted an existing idea for no-touch food-sharing. They are using small portable food pantries placed on people’s front yards or sidewalks to leave food that can be removed and refilled by anyone in the community. It’s a style reminiscent of the Little Free Libraries, which later also spawned the similar Little Free Pantries.

“This allows both giving and receiving without contact,” said Mark Goldman, the chair of the construction technology department at the University of New Mexico, Taos. The initial pantries were a collaboration between local organizations including Habitat for Humanity of Taos, Immigrant Allies, and Las Cumbres Community Services. Since social distancing began, Goldman got involved, adapting the boxes so they sit on more stable bases, supported by sandbags or other weights as in the blueprint below drawn by Goldman. He said the first box was emptied and then restocked again on the day it was set out.

“We are a poor working-class community with a hip, affluent ski area,” Goldman said. “This food pantry is a way to link all of us in this together as a community.”

In addition to supports from physical communities, there are countless online communities bound by shared identities. In New York City, choreographer Yin Yue has been using video to reach out to a group of people who might find being stuck at home especially challenging: dancers. Yue has launched a dance class project called Solo Together from her kitchen, intended for dancers trying to make things work in cramped apartment spaces. “It’s definitely in one spot, you allow yourself just two to three steps out of your center.” she says. “If you choose, say, your living room and move the coffee table if you have one, then you have enough space.”

Dancing together in our time of social distancing. . . In response to the continued spread of COVID-19, YYDC YY Dance Company wishes to stay connected with members of our global dance community who may be in isolation and practicing “social distancing” to combat the spread of the virus. Join me on YYDCINC instagram IGTV where I will choreograph and teach the movement for a solo dance that we can all learn together as a community. . Once we have completed the solo together, please feel free to record your performance and share on your social media and tag @yydcinc and @theyinyue, so we can see and share your work with our community. I hope this project will play a small part in fostering the connectedness and engagement that we all need at this time. #Solotogether

In Berlin, another online effort is aimed at the clubbing crowd. The city’s clubs have been shuttered for several weeks (and have since been pinpointed as hotspots for coronavirus’s spread), but a new online effort is maintaining a 48-hour live DJ marathon over the weekends. Called Club Quarantaene, the livestream simulates the Berlin club experience, down to waiting in line briefly to enter, and answering a doorman’s questions before being allowed in. Separated into four club-like spaces — the “toilet” is a place for users to hang out and chat — each space connects to donation links that help users provide financial support for organizations helping furloughed, income-less club workers, refugees and other groups in need.

Although people are stuck in their homes during coronavirus, the lockdowns haven’t stopped politics. And people wanting to protest government actions are using new communitarian ways to express that frustration in a period when street demonstration are impossible.

When news came out in Spain this month that the country’s royal family was embroiled in yet another corruption scandal, it was the sort of news that would normally have brought people protesting into the streets. With the streets unsafe due to the risk of infection, people had to ask themselves: What happens to public life when the public space it takes place in is off-limits? Spaniards took collectively to their balconies for a cacerolada — a noisy protest where everybody bashes a saucepan in unison. One website even provided a downloadable saucepan-beating sound to play out the window, for those afraid of damaging their saucepans. This video comes from last Monday in the northwestern city of A Coruña.

While the demonstration may not have quite as positive a message as residents applauding emergency workers, the effort had a similar effect: Creating on city streets a distinctly unified sight — and sound — that would not have occurred if people weren’t stuck inside their homes.

With reporting from Marie Patino in London and Sarah Syed in Berlin.